My first visit to Lama in 1972 had a profound and everlasting impact on my spiritual journey. It has now been almost 40 years since I taught at Lama as Ram Dass’ yoga teacher at his month-long retreats. Once again I am honored and humbled to take the seat of the teacher in the iconic Dome.

The history, the setting, the facilities, the vibes of Lama Mountain offer all that we need. Together we will: Do hatha yoga, pranayama, dharma talks, and chant in the Dome; Meditate in the prayer room; Join the Dances of Universal Peace; Create improvisational music in the Music Room; Hike the trails in the Sangre de Cristo Mountains; Feast; Visit the Hanuman Temple in Taos; Join a discussion group; Be silent . . .; Hang out in the 3,000 volume library; Participate in the resident community practice of tuning and Zikr (Sufi practice of remembrance); Take a siesta; Drink in the view; Watch a sunset; Star gaze. 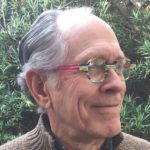 Lex Gillan has studied with world class teachers including Chogyam Trungpa Rinpoche, Ram Dass, meditation masters Dhiravamsa and Stephen Levine, Father Thomas Keating, Andy Gold and James Ezelle, MD, since the ’60s and has been a full-time instructor since 1974. He has taught more than 40,000 yoga classes, 200 Yoga Teacher Training and National Certification Courses and 300 meditation workshops and has certified more than 3,000 teachers globally. He is a co-founder and trustee of Rose Mountain Retreat Center in New Mexico and is on the faculty at the Institute for Spirituality and Health at the Texas Medical Center. Mr. Gillan serves on the board of the Margaret Austin Retreat Center (TX) as well as serving as an Advisory Director of the Hope and Healing Institute (TX). He has also served in an advisory role to the Yoga ALLIANCE board as well as serving on the YA Compliance Committee and Studio Committee. Mr. Gillan is degreed from Stephen F. Austin University (TX) and splits his time between Houston and Santa Fe. 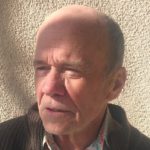 Richard Seager PhD : THE HISTORIAN
Richard Seager received a PhD in the Study of Religion from Harvard University where he studied the Modern West and the United States, with an emphasis on the long history of the East/West encounter. He taught at the University of North Carolina at Chapel Hill, Harvard University and Hamilton College. His lecturing and publishing have been devoted primarily to the World’s Parliament of Religions (1893) and its aftermath, and the ongoing transmissions of Buddhism and yoga to the United States. He is the author of WHERE THE RUBBER MEETS THE ROAD – Practice in Real Time. 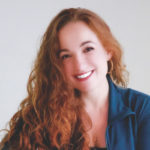 Farida Morsi : THE YOGINI
Farida Morsi has completed 1000+ hours of yoga training in asana and yoga philosophy. In parallel with her ongoing discovery of yoga, her interest in the art of movement has led to a certification in Pilates as well as work in the field of Gyrotonics. Her classes are rooted in alignment and intelligent sequencing that brings an awareness of the subtle body while weaving in yoga philosophy. Farida has a degree in Psychology from the University of Houston and is an E-RYT500. She is the author of THE NECTAR OF EMBODIED MOVEMENT – An Exploration in Breath, Space and Rhythm 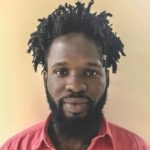 Anyang Anyang THE PROVOCATEUR
Anyang Anyang is the Content Manager and Mind-Body Coach at the Institute for Spirituality and Health at the Texas Medical Center. He graduated from the University of Houston Downtown with a degree in Psychology. Anyang teaches meditation, mind-body medicine, yoga, indigenous healing techniques, Tai Chi, and Chi-gong. All of his work is deeply informed and sustained by a strong connection to spirit and a personal integral practice. Anyang is a certified 200-hour yoga instructor and Certified Tai Chi Easy Practice Leader. He is the author of YOGA AND THE FIVE ELEMENTS – Reconnecting to Our Sacred Nature